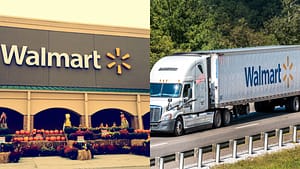 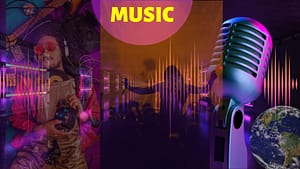 We may not understand each other’s languages, but we can all enjoy the same song no matter where we live.  I have heard people say that certain songs can instantly transport them back to a moment that occurred 30 years ago. Music, unlike movies, can elicit every emotion in a three-minute song. This is truly incredible and powerful.

There are so many moments in my life where  Music helped create memories.  Like most Americans, “Yesterday” “A Change Gonna Come” “New York, New York” “What’s Going On” and “My Girl“, are songs, along with others, that are forever woven into the fabric of the American quilt.

For centuries, black Americans have used music as a powerful tool. While plotting their escape, slaves sang spirituals. Poems, ballads, and hip hop were used to protest bad cops and America’s unequal economic and justice systems.

People are becoming more vocal in expressing the importance of music in their daily lives. Recently, an NBA superstar (arguably the best ever to play the game). LeBron James tweeted his approval of Kendrick Lamar’s new song. LeBron, also known as King James, frequently works out with Music.

The birth of Music has grown from singing and dancing to healing.   During the 60s we went through some turbulent times.  President Kennedy, Attorney General Bobby Kennedy, and Dr. Martin Luther King, Jr. were all assassinated.  Many historians believe, had it not been for music, America as we know it, may not still be standing.

Holocaust survivors, explained how Music helped them hope for better days.  “Music gave us so much to escape, if  even for a few moments, to a ‘nomal’ world.”   “Music provided us with a complete disconnect and emotional escape from daily life.” …Greta, a survivor from ghetto Terezin

On April 6, 1985, the charity single ” We Are the World ” was broadcast simultaneously on over 5000 radio stations around the world. It brought together some of the biggest names in music to record a song for the famine-stricken African people. The single has sold in excess of 10 million copies. Michael Jackson and Lionel Richie collaborated on the song. 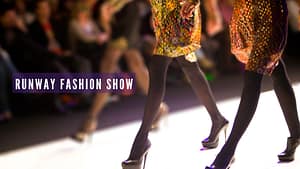 Can you imagine a Runway show without Music? (press image to watch video)   Runway shows are nothing without the right soundtrack to set the tone, which is why so many designers work with in-demand DJs and other industry insiders to create exclusive remixes for their collections. They’re usually filled with current jams—to match the current threads, of course.  Speaking of Current Trend, Summer is upon us and Swimwear Bikinis will be hotter than the month of July.  Prom, Evening and Wedding Dresses will be in high demand as well.

One thing I know for sure, Music will be a common thread binding those experiences forever.

In 2016, the Global Fitness And Recreational Sports Centers Market was worth $83,680 million, and it is expected to grow to $113,116 million by 2023 ( WORKOUT AT HOME FOR BEGINNERS 2022). The global fitness and recreational sports center market is expanding due to factors such as an increase in middle-class population, a shift in consumer preference toward better health, and an increase in obesity incidence. Furthermore, government support for health and fitness, as well as the availability of a variety of equipment and personalized fitness training programs at fitness and recreation sports centers, have aided market growth.  While there are numerous approaches, most people use headphones and listen to fast-paced, heart-pumping Music. If you walk into any gym, you will most likely see many people working out wearing headphones.

THANKS FOR THE MELODY 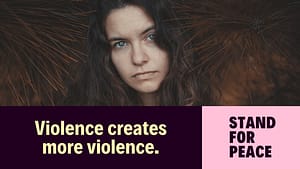 From the Birth of a child, to the loss of a Loved one, Music is a common thread that connects us all.  Nothing can be more vivid or clearer than what’s going on with the Ukrainian people.  In the mist of pure terror, they still have Music in their Hearts.  In a heartbreaking video, a Ukrainian mother takes several minutes in her bombed-out home to play one last song on her piano, hours after being hit by Russian attacks

In conclusion, Music is a gift, which comes in many different genres, (Hip Hop, Rock, Rhythm and Blues. Soul, R&B, Reggae, Country, Funk, Trap, Pop, and others) connecting many different personalities across the globe.  Different languages and Spoken words are often misunderstood, but a simple melody can translate how we feel to anyone, everywhere. The power of Music is uniquely universal.

Since you’re here, let me introduce myself: My name is Larry Moton, and I’m the founder and owner of xtraspin.shop. I’m a big online shopper who appreciates a good deal, particularly on cool gadgets, electronics, workout equipment, fashion, and beauty products. My goal is to find the best deals online and share them with you. Please email me at larrymoton@xtraspin.shop if you have any questions or something in particular you’d like me to look for. Thank you very much!

* Disclaimer, I make a small commission from the links on this page at no extra cost to you.